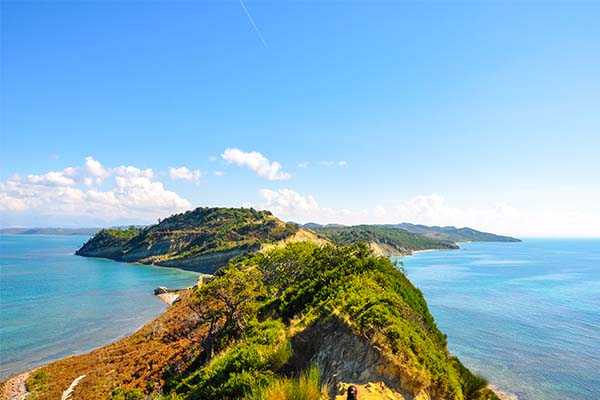 The Cape of Rodon is an area of outstanding natural beauty and relaxation, with castles and churches infused with fascinating histories. The National Park of Rodoni which lays next to the sea is the main attraction together with Saint Antony Church. Beautiful and pristine beaches follow each other creating a spectacular view.  Many tourists choose to visit the Cape of Rodon during the spring season as it is shrouded in a beautiful cornucopia of flowers, while in the summer, they choose it to enjoy the beautiful virgin beaches and fine-grained sand. Castle of Skanderbeg The Cape is surrounded by navels with an altitude of 25 metres, and is particularly famous for being the location of the Castle of Skanderbeg. The castle by the sea was built by Skanderbeg between 1450 – 1452, in order to create a quick exit to the Adriatic Sea in case of an Ottoman invasion. Life existed inside this castle until 1467, when the Turks destroyed it. Fortunately, the Venetians rebuilt it after 1500, and since then, it has survived in a fairly good condition. Church of St. Anthony The Church of St. Anthony, a monument built around the same period as the Castle, is located near the Cape. Built in the Romanesque-Gothic architectural style, this church includes several beautiful frescoes and other interesting elements. Thanks to its position near the Cape and the sea, the panoramas surrounding the Church are really impressive. The Cape of Rodon is an ideal choice for a relaxing as well as historical and cultural weekend away from Tirana. 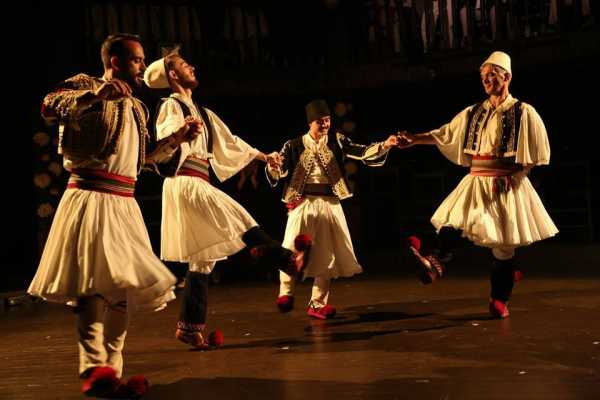 Traditional Albanian evening with hot Balkan rhythms, varied by the performances of Albanian dancers. The main attraction will be a variety of different dances and music from different regions of Albania, especially the famous Albanian Iso-Polyphony which is included in UNESCO's intangible cultural heritage list. This is a great opportunity to sample local Mediterranean cuisine and home-made wine as well as other regional drinks. 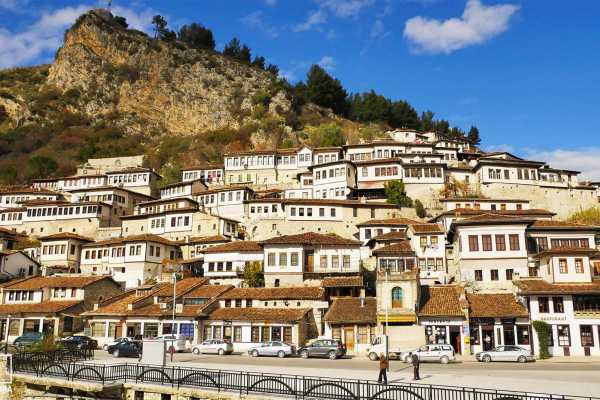 Berat, the so called "Museum City" is one of the Albanian sites listed in the UNESCO list. Situated on the slopes of two hills divided by river Osum is one of the most picturesque towns in Albania. In the fortress located on the top of one of the hills, we find Cathedral of Sts.Nicholas and Onufri Museum, the greatest iconographer in Albania. On the way back we will have the opportunity to visit the Cobo's vineyard, where we can taste different types of Albanian wine made different regional types of grapes, different local cheeses and different types of olives which this region is famous for. Our next stop will be Ardenica Monastery famous for its perfectly preserved frescoes and the stories it transmits from different moments in Albanian history. 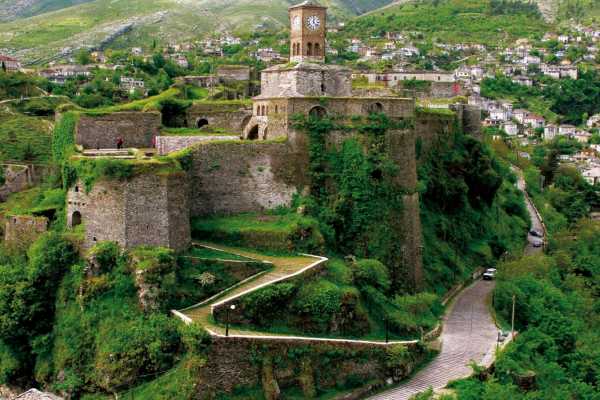 Butrint, The Blue Eye and Gjirokastra

The Butrint National Park, is protected by The Ramsar Convention. It was declared a world heritage center by UNESCO in 1992, and it covers an area of 12 hectares. The city was built around the XIII century BC by the Trojans according to mythology. The strategic position of Butrint next to the Ionian sea made it desirable for major European powers since the First Peloponnesian war in the V century BC, followed by many conquests from different powers such as Rome, The Byzantine Empire, The Ottomans and so on. Every wall of Butrint shows and reflects the long history and different touches of different civilizations which flourished in different periods of history . The Blue Eye, located just 25 km away from Saranda City, is a karst spring , the most famous and unique in Albania. Many legends revolve around the spring , but the most popular one is that of a beautiful girl who was sacrificed to the gods for their gift of free pure water source. The place offers the possibility of a special bond with nature as it is possible to explore many areas of green centuries old plane-trees, dense shrubs and other several water sources. Gjirokastra – known as the "Stone City", is situated in the southern part of Albania just 1 hour from Saranda city. It is built on the eastern slope of mountain Mali i Gjere. The original cobbled streets spread through the whole city bringing us up to the fortress in top of which The “Saint Sotira “ Church, of the 18 th century, is located. Within the walls of the fortress we will feel once again the Albanian religious tolerance and coexistence as two different mosques lay not far away from the church. 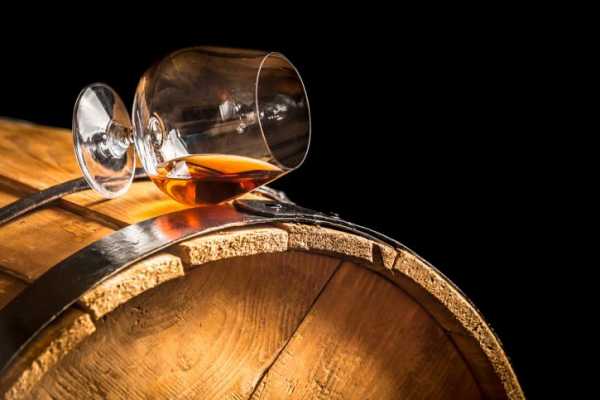 Cognac factory in Durres and Kruja

Durres is the second largest city in Albania and the most important city of the antiquity in the Adriatic coast line. The venetian tower, the ancient walls, the roman amphitheater the biggest that the Romans build in the region, the Byzantine Forum, The Wall Mosaic , the small chapel in the amphitheater are some of the city main tourist attractions. Continue to the oldest cognac factory in Albania that was founded in 1933. With a surface of 40Ha the factory produces 13 types of wines as well as different types of brandies, raki and liquors. After tasting the best wines and liquors we continue toward Kruja, the center of Albanian Nationalism. Located in an altitude of 608m above the sea level Kruja is one of the most important cities in Albania, known as the center of Albania in Medieval period and hometown Skanderbeg, the Albanian National hero. The museum inside the castle is dedicated to Skanderbeg and his resistance against the ottoman empire. He was described as the protector of Christianity and western civilization. The ottoman bazaar with cobble stone streets offers a lot of handmade souvenirs, fezzes, wood crafts and rugs. 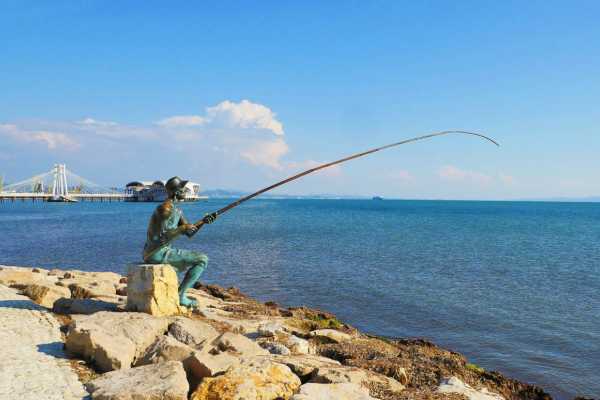 Durres is one of the oldest cities in Albania. In ancient times it was recognized by the name Epidamnus and later on Dyrrachium as the Romans colonized it.  Durres is located next to the Adriatic Sea and its port is the main and the biggest port in Albania. Its sandy beaches and numerous hotels and resorts make it very attractive for tourists, both natives and foreigners. Roman Amphitheater built in the same style as Colosseum, The Old Walls, The Archaeological Museum, and the Venetian Tower are the main attraction for the tourists and are located very close to each other. “Scanderbeg” distillery , which is the biggest distillery in the country ,  will give us the chance to taste 12 different regional  beverages   and will be our last stop before we take a walk in the main promenade of the city  next to the sea Berat, the so called  "city museum"  is one of the Albanian sites listed in the UNESCO list. Situated on the slopes of two hills divided by river Osum is one of the most picturesque towns in Albania. In the fortress located on the top of one of the hills, we find Cathedral of Sts. Nicholas and Onufri Museum - the greatest iconographer in Albania. Then on our way back we will have the opportunity to visit the Cobo's vineyard, where we can taste different types of Albanian wine made different regional types of grapes, different local cheeses and different types of olives which this region is famous for. 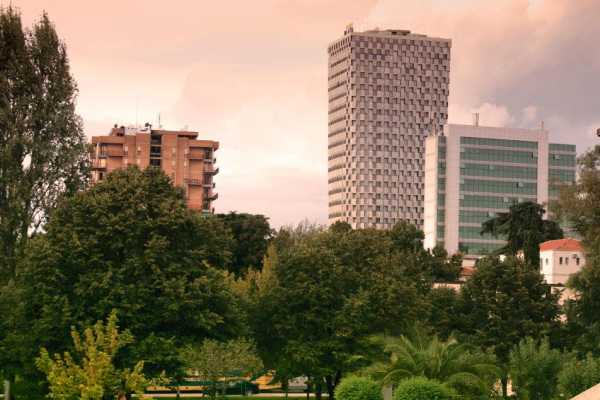 Full city walking tour of Tirana. Tirana, the heart and capital of Albania, like all other European metropolises has never ending movement and energy.  Tirana is worth discovering by both day and night. The hospitality shown towards tourists is something that will mark your journey not only in Tirana but also all over the country. During the tour, you can visit Skanderbeg Square, Clock Tower, Et’hem Beu Mosque, Pyramid, National Museum of History, National Gallery of Arts, Bunk Art 2, Open Museum, The neighborhood of ex leader of communism, Enver Hoxha. Back to hotel. 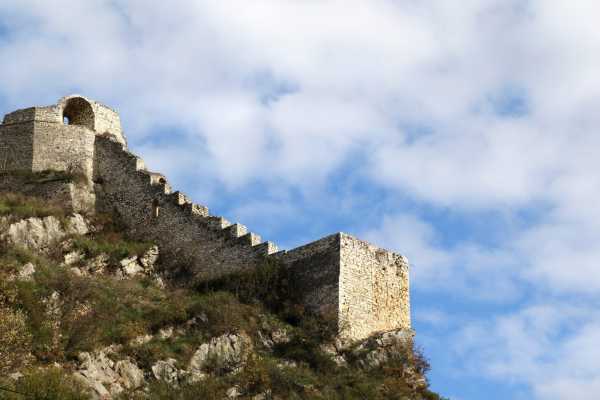 The city of one thousand window, icons, legends, churches and mosques Berat, a historical picturesque town in south-central Albania, lies on the slops of wild Mount Tomorri. Berat is one of the oldest in Albania, keeping the earliest traces of human habitation and settlement dating from 2600-1800 BC. The city of Berat was composed of two fortifications on both shores of the Osum River and is adorned with 40 Byzantine churches and some 30 mosques. Historical part of Berat features a castle, locally known as the Kalaja, most of which was built during reconstruction in the 13-th century, carried during the reign of the Epirote despot Michael Angelos Comnenus, although its origins possibly date back to the 4th century BC. The remarkable old town of Berat was inscribed on the UNESCO World Heritage List in July 2008. The Kalaja citadel area of Berat numbers many Byzantine churches, mainly from the 13th century, several of which contain valuable wall paintings and icons. The name of Berat is derived via the Ottoman Turkish from the older Beligrad meaning “white city” in Slavic or Belgrade/, under which name it was known in Greek, Latin and Slavic documents during the early and Late Middle Ages. In the 17th century Berat was major merchant and craft center of the Ottoman Balkans specializing in wood carvin. Above Berat is a mountaintop fortress rebuilt by the Byzantines in the 13th century, with a view over the broad Osum River valley, serpentine river and snow-capped peaks. Inside Berat’s walls there are dwelling houses and the Onufri Museum.